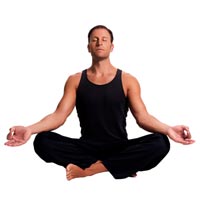 I first discovered yoga during my theatre training at Meadows School of the Arts at Southern Methodist University in Dallas, TX. At the time, I don’t think I even realized that I was doing yoga, but gradually became more and more aware of the connection between the mind, the body, the breath and eventually the Self. After moving to Chicago in 2003, I began practicing Ashtanga Vinyasa Yoga with a wonderful teacher and soon became enthralled with the process of Yoga. 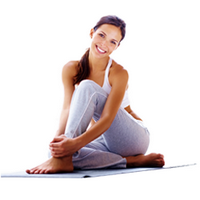 Maria began practicing yoga in the year 2000, a momentous year to begin something that would change her life. She began with lunch-time classes as an escape from corporate life. The “addiction” to yoga happened almost immediately and in 2003 she decided to change her corporate career and become a yoga teacher.Graduating in early 2004 from The Yoga Sanctuary’s teacher training program, Maria began teaching right away. It is always my pleasure to share my excitement for yoga with students. 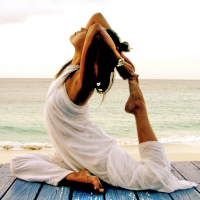 Yoga provides me with a framework to continue to study and increase my understanding of the intelligence behind the science of the human form, and how when we align it according to the laws of nature, we create more beauty both inside and out. I started teaching yoga in 2000, after taking my first Yoga teacher training. In following years I experimented with various yoga styles which included Ashtanga, Pre-Natal Yoga, gentle restorative Yoga, and Advanced Hatha nad Kripalu.